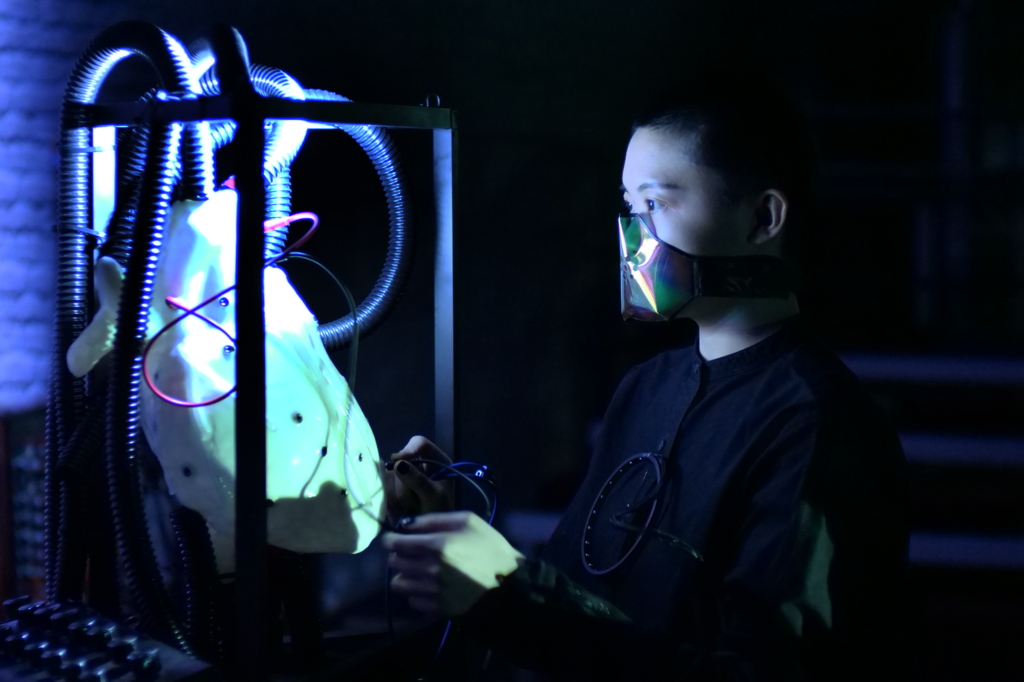 “Whose Scalpel” is a sound performance combined with visual and 3D printed installation, realized with an application framework for medical image processing. Mixing several methods from art and science, it is an imagination of the future and presents the issues of the relationship between a human and a machine in heart surgery. The concept is developed from three different areas the application of sound in medical science, coronary artery bypass surgery, and machine learning. The background story of the performance is based on the assumption that in the near future a surgeon will work with a machine that can advise a surgery.

The installation is built according to the performer’s real heart from MRI scans and is enlarged from its actual size. It is designed to interact when the performer plugs in audio cables and bridge connections as the method of coronary artery bypass surgery. During the performance, the storyline is led by the sound and the mixed video of medical images and live performance from the webcam. The video and the sound also present the machine, which gives instruction to the performer as a physician. The patient (the heart) who (which) is operated on symbolizes human consciousness and faith. The performance brings out the question relating to the issue of the machine and humans: “If machines can reason even better than humans, will we as humans lose some abilities and even not believe in ourselves anymore?”

“Ｗhose scalpel” was realized by Yen Tzu Chang in the STEAM imaging residency project. The residency program is designed by Fraunhofer MEVIS. 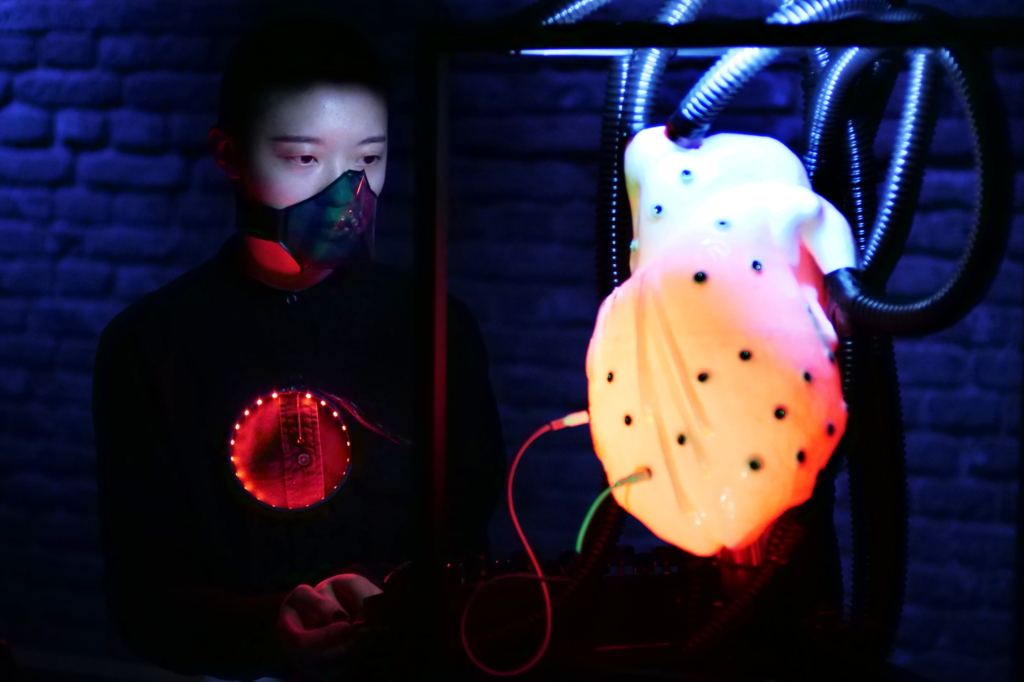 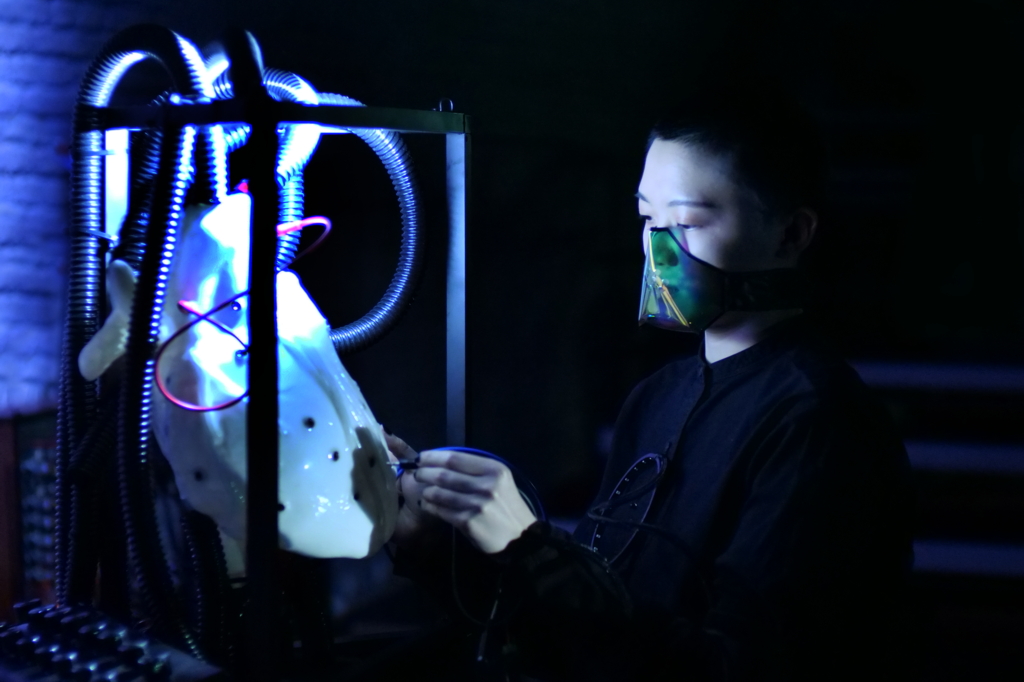 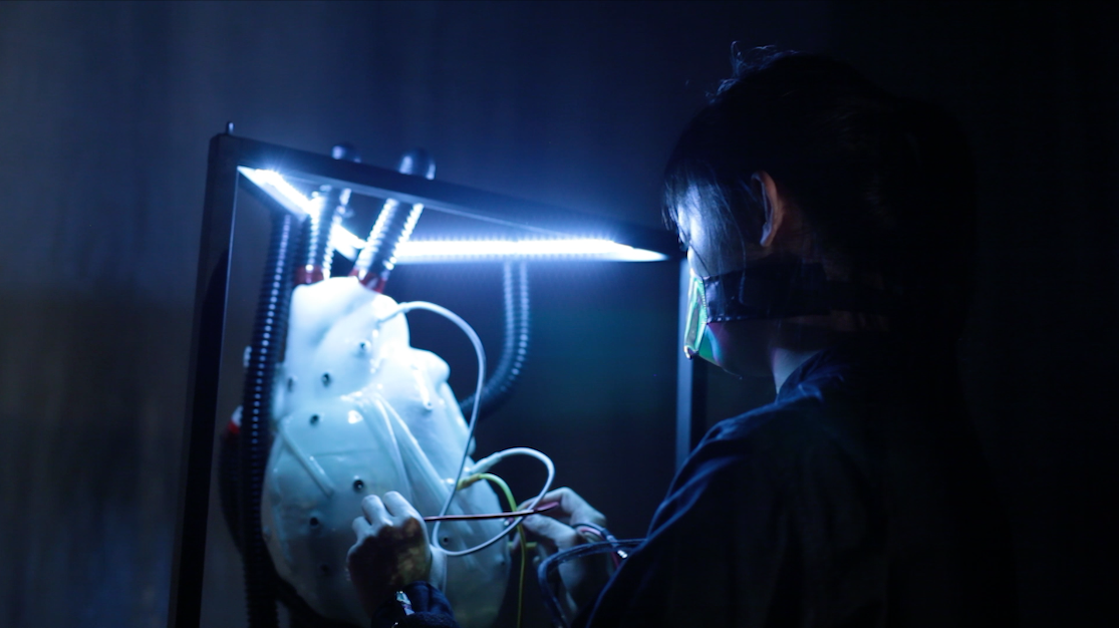 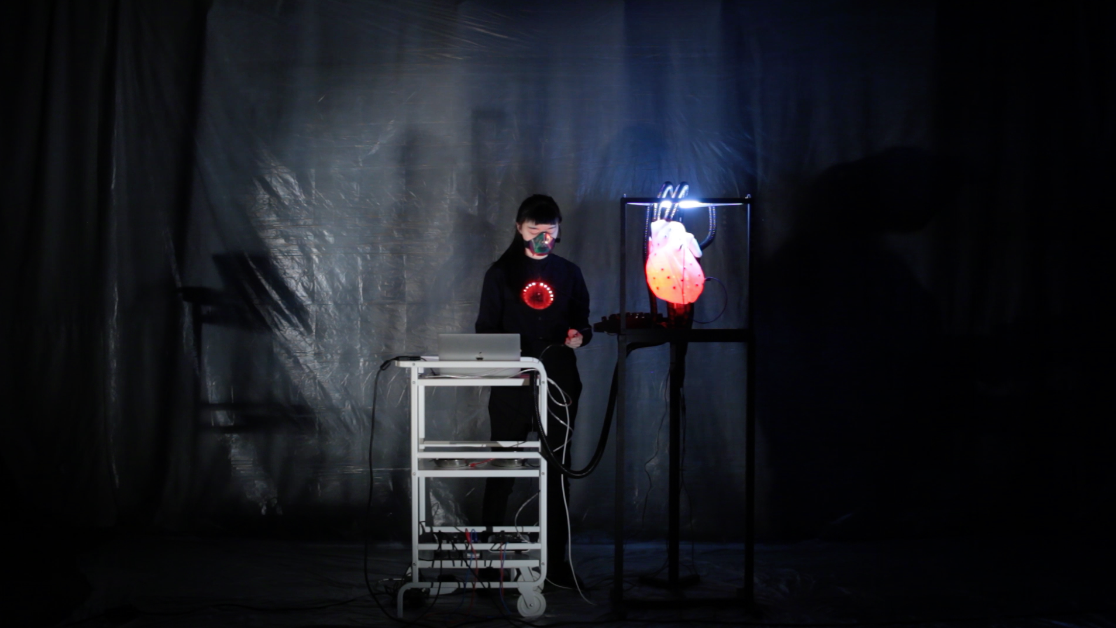 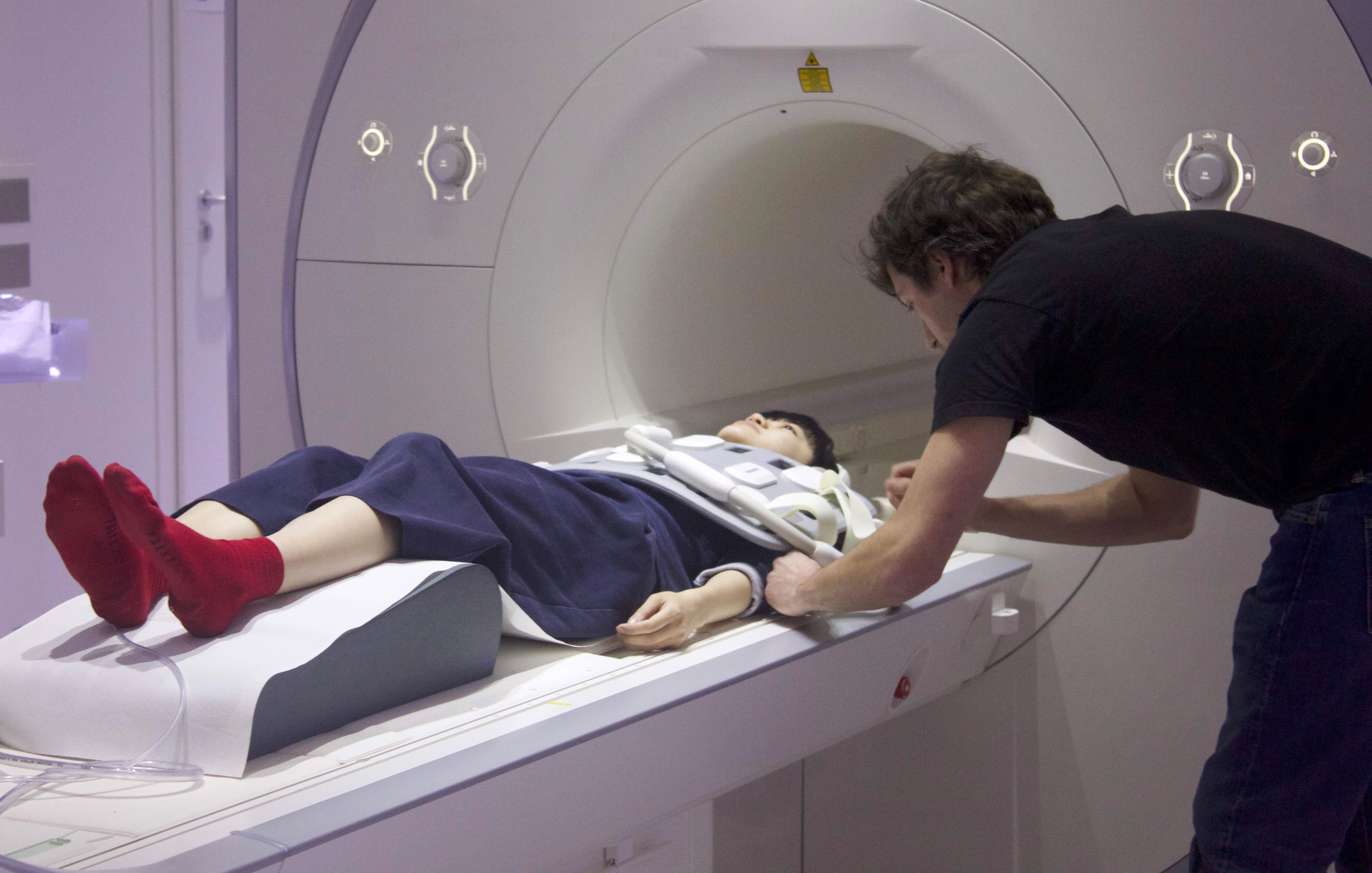 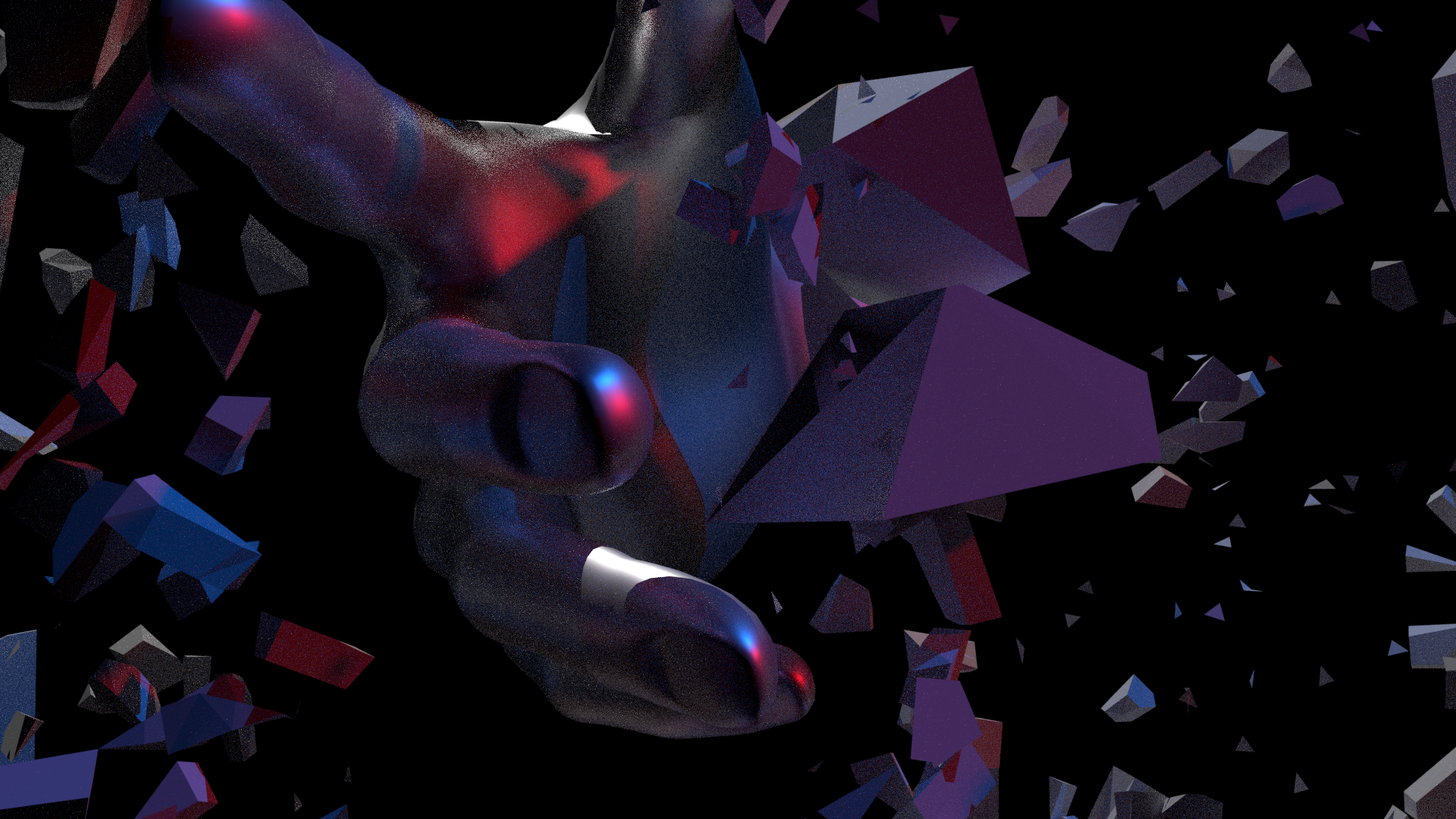 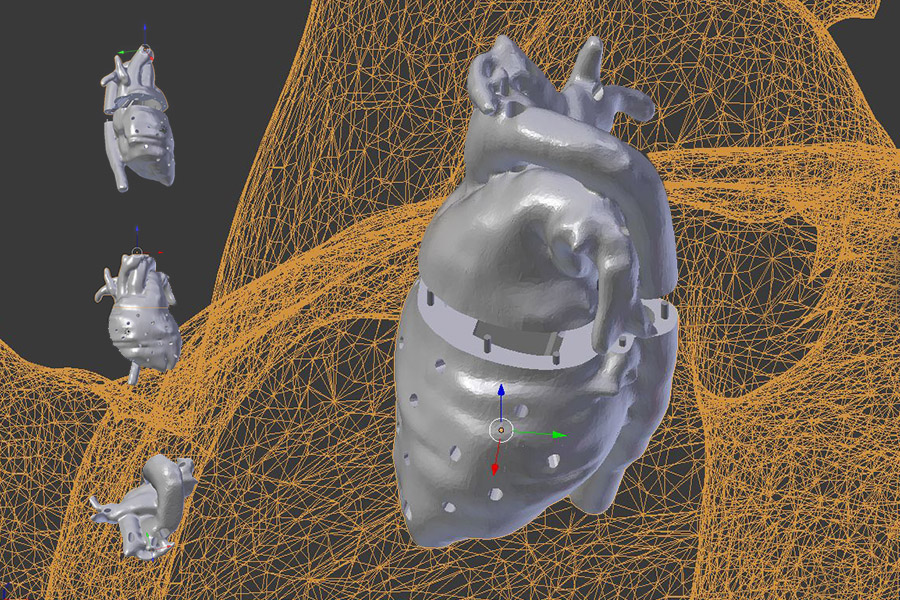